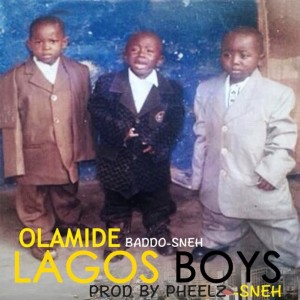 Well it seems there is no slowing Baddo
down,The kid is on fire, and has been carrying his YBNL crew along with
him.After his last singles Bobo and Melo Melo have been appreciated by
fans, and appealed to two different classes of urban music consumers, he
has dropped yet another song titled Lagos Boys which was produced by
Pheelz, this one is another sure hit which is going to get Lagos
grooving in no time.